A Case Study of an Adolescent girl 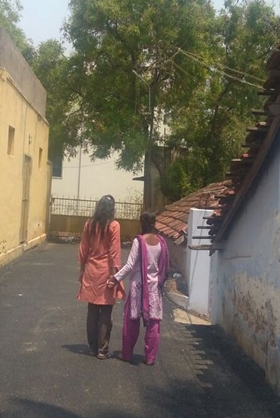 The spread of the HIV epidemic is a global concern that has social, cultural, economic, political and ethical implications. While the need to spread awareness about the prevention and control of the virus has been acknowledged by governments across the globe, lesser attention has been paid to ensuring that those infected with the virus lead a life of dignity. It is perhaps for this reason that the UN while recognising HIV to be not just a disease but also a Human rights issue, recognises discrimination against those living with HIV as an abuse of Human rights . Further, the right to dignity for a patient with HIV includes the right to healthy disclosure in cases where they were unaware. The World Health Organisation reports of evidence of health benefit (e.g. reduced risk of death) and little evidence of psychological or emotional harm from disclosure of HIV status to HIV-positive children by stressing that the disclosure of diagnosis is a step in the process of adjustment by the child, caregivers, and the community to an illness and the life challenges that it poses.

The case study presented brings to the fore the experience of an adolescent girl carrying the Human Immunodeficiency Virus (HIV). The girl has been a part of Shanti Ashram’s programme for twelve years.

Parvati (name changed) who is currently 17 years of age is studying in the final year of high school. Like any other teenager of her age, she loves playing with her friends and watching movies. She hopes to train as a Chartered Accountant after she graduates from high school. And if she does not end up becoming a Chartered Accountant, she would love to join the tourism industry so that she can travel around the world.

Parvati was three years old when she lost both her parents who were infected with HIV. Her mother died of tuberculosis and her father passed away two months after. She has a younger sister who was only a couple of months old when they lost both their parents. Neither child have any memories of their parents. Both children were brought up by their maternal grandmother. Their father’s family severed all ties soon after the girls lost their parents. The only details the girls have about their father was that he was an autorickshaw driver and a heavy drinker.

While both Parvati and her sister Pavitra (names changed) received an abundance of love from their grandmother and maternal aunt, their lives have been different from those of their peers. It wasn’t just the absence of a mother and father that made their lives unlike those of their friends. It was also the mystery surrounding how both their parents passed away in short intervals followed by the abdication of any responsibility in their upbringing by their father’s family. Further, the fact that Parvati had to pop two pills each day— one in the morning and one in the evening without any knowledge of the purpose made her wonder whether there was something about her condition that had not been disclosed to her.

Parvati accidently discovered she had HIV at the age of 15. While cleaning the store room in her house she found papers on herself and her sister. She discovered from them that while she was HIV positive, her sister was HIV negative. The revelation led her to look up the internet and find out details about the tablets she swallowed each day. She discovered that the tablets her grandmother had said were for iron deficiency, were actually ART tablets meant to be consumed by patients with HIV. The discovery was not something that took her completely by surprise, however. She had, on more occasions than one, overheard her grandmother and her aunt discuss the fact that she had some illness, but neither ever spoke to her directly about it. Further, having visited hospitals and attended numerous meetings at Shanti Ashram with other families who had members carrying the virus, the term ‘HIV’ sounded familiar to her. Her case, therefore was one of ‘partial disclosure’, a situation described in public health literature as one in which children are given some but not all information about their illness.

Parvati’s life has not been one without discrimination. Social stigma against those with HIV, she says, is perhaps the single biggest reason she feels hesitant about revealing her identity as an HIV positive patient. Parvati hasn’t revealed to any of her school friends the fact that she has HIV. She fears that the revelation may change the way her friends look at her. The family out of fear of being ostracised, has not revealed to any of the neighbours about Parvati’s status either.

On a recent visit to a dentist in a prominent private hospital in Coimbatore city, the staff nurse was initially kind to her. But on discovering that Parvati took the ART tablet, there was a sudden change in the way the hospital staff and dentist responded to her. She was refused treatment by the dentist and advised to visit government hospitals instead.

In government hospitals where she is treated for free, Parvati feels that patients with HIV are not treated with compassion and empathy. Instead, they are made to feel frightened about their condition because of the way medical practitioners handle them. According to her, doctors in government hospitals are impatient with HIV patients and make them feel depressed. They refuse to look at them or entertain any questions. She asks, when patients with cancer or diabetes are not blamed for having a disease, why do we discriminate against those with HIV?

Parvati tells us that the biggest reason for discrimination against those with HIV is lack of awareness. With a small pause, she adds, “the greatest amount of awareness is needed for doctors. If doctors refuse to treat us properly, how can we expect the rest of society to do so”. She adds that patients only listen to doctors. When doctors scare them by telling them they cannot live, patients lose their will to live.

The Role of ‘Resources’ in Building Resilience for Children with HIV

Given the enormous number of challenges young people with HIV face, both in terms of their bodily health as well as societal stigma, it is resilience that keeps them positive and hopeful in the face of a life-long adversity. Literature in psychology describes resilience as the interplay between the child’s internal assets (positive factors that reside within the individual such as competence, coping skills and self-efficacy) and external resources (parental support, adult mentoring, or community organisations that promote positive youth development).

For Parvati, her maternal family has been a great source of strength and empathy. She never faced any discrimination at home because of her HIV Positive status. She shares an affectionate relationship with her grandmother, aunt, sister and cousins.

Further, the role of Shanti Ashram as an external organisation that addresses the needs of vulnerable people like her and works consistently with them has helped her feel accepted and loved. According to her, even though having HIV may have made her life more challenging in certain aspects, it is because of her illness that she was able to come to Shanti Ashram and make friends. At Shanti Ashram, she discovered the numerous opportunities that life provides, and it has made her look at life with hope and positivity. Shanti Ashram, she says has been a great source of confidence in her life and it is because of the Ashram’s recommendation that she is studying in her current school.

Someday, Parvati hopes to open up to the world about having HIV. But for the moment, she does not feel she can. She is, however, grateful for all that life has blessed her with and finds the world a beautiful place. 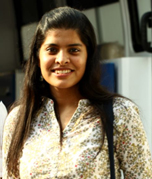 About the Writer:Revathi P. Rao was an intern with the International Centre for Child and Public Health from February 15 to March 30, 2018. She has completed a B.A. (Hons.) degree in Journalism from Lady Shri Ram College for Women, New Delhi in 2013 after which she completed a degree in law in 2016 from University of Delhi. Apart from these formal qualifications she has a deep and longstanding interest in social science research and field work.

Photo credits: The photo of the subject and writer walking hand in hand was taken by Ms. R. Chandra Prabha. 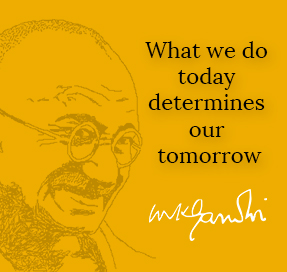